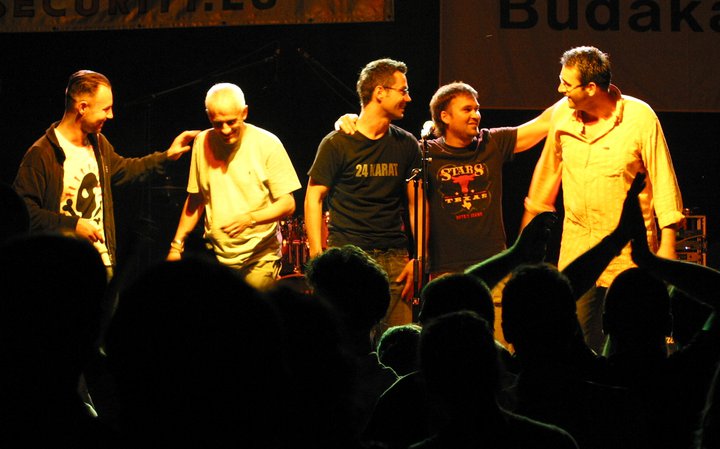 BESTOF (yes, this way, written together) was founded in August, 2001. Each and every member of the band used to work in Danubius Radio, so that’s why they got the name “radio band”. Then the road roller to success was unstoppable, concerts followed concerts on festivals, road-shows and in clubs.

In 2005 Abaházi Csaba left the band and after this the band had several singers until finally Bűdi Szilárd was the only one.

They have been playing together ever since, and even though some of the members do not work at the radio anymore, the “anchorman band” indicator is still true for them. They alloy music with speaking at their concerts maybe we can call this standup-rock. They solely play very popular songs that they present in an energetic and cheerful manner, so this guarantees the original and unforgettable party-feeling for the great satisfaction of the audience.